A Foundationally Human Approach to Instruction 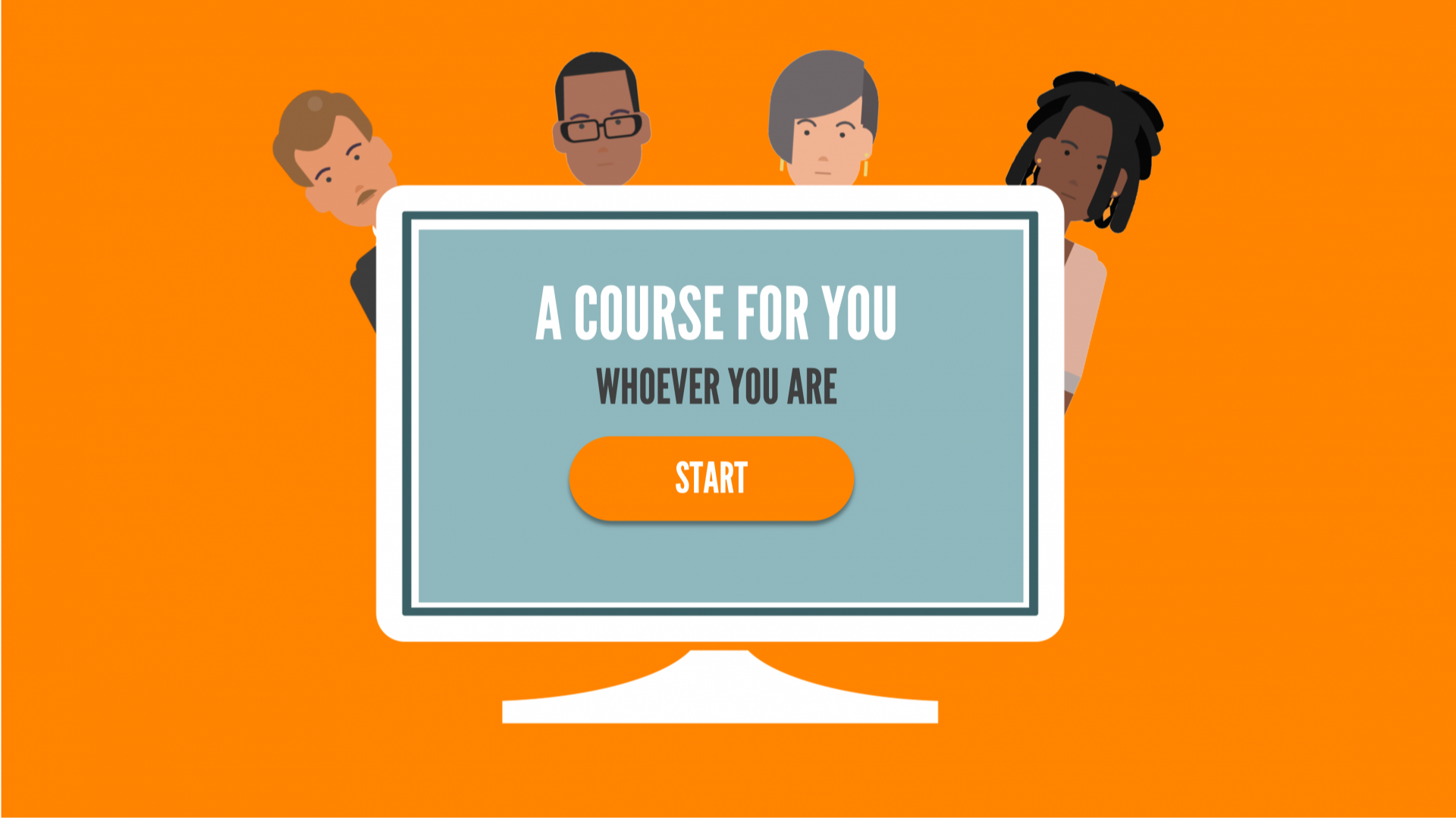 What is humanized instruction?

I asked this question of a group of talent development pros at ATD's Core4 conference. Here's what they said. 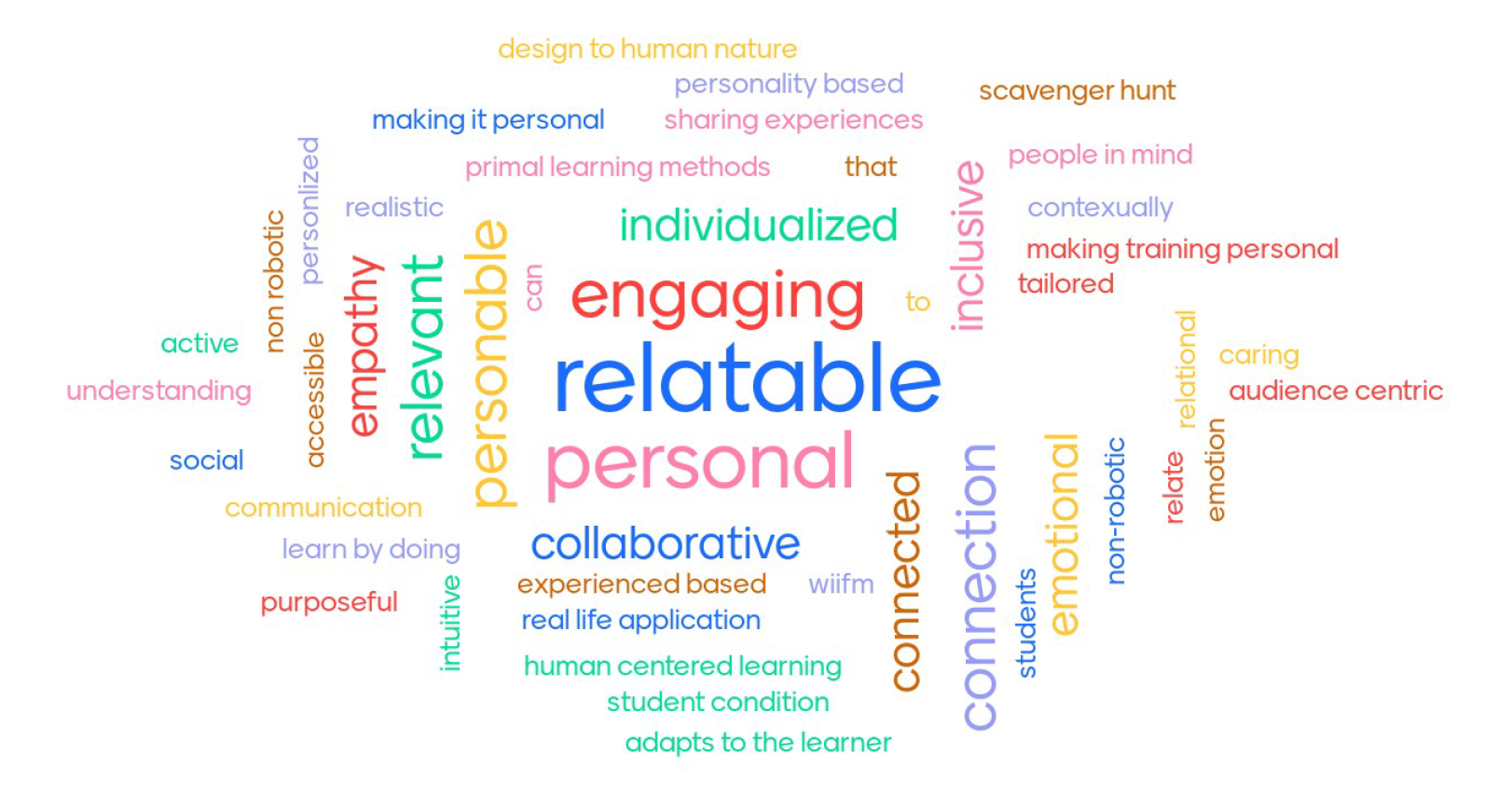 How do you want learners to feel?

I also asked attendees this question: "How do you want learners to feel after they've taken a course you designed?" Everyone was allowed to contribute as many descriptors as they wished at their tables, but they had to narrow it down to two to share with everyone. Surprisingly, almost everyone chose the same two!

Would you agree that making your learners feel confident and empowered is a good thing? I certainly do. Consider the three things we are in the business of equipping people for--to take action on new:

Confidence and empowerment are natural outflows of knowledge and skills.

"I know what to do and how to do it. I feel confident! I feel empowered!"
Awesome! You've got the knowledge and skills you need. It makes sense that we would, as learning professionals, want our learners to feel this way. Feeling empowered may have a quality of motivation to it, but primarily I would say it's based on knowing what you need to do and feeling confident to do it.

What about attitude? The participants in the Core4 session had brainstormed many more descriptors at their tables, but when it came to picking the two most important ones, almost the entire room focused on feelings evoked by an increase in knowledge and skills. Only two other words were mentioned (and only twice): Enthused and Fulfilled. Both of these words, though not exclusively, describe how someone might feel as a result in a change of attitude. Does this surprise you? Admittedly, I was a little surprised when we went around the room and almost every table had the same answer. So I put it to my LinkedIn connections. Only this time, I provided the words and let them vote. I asked the exact same question and offered these options:

After 94 votes, here are the numbers: 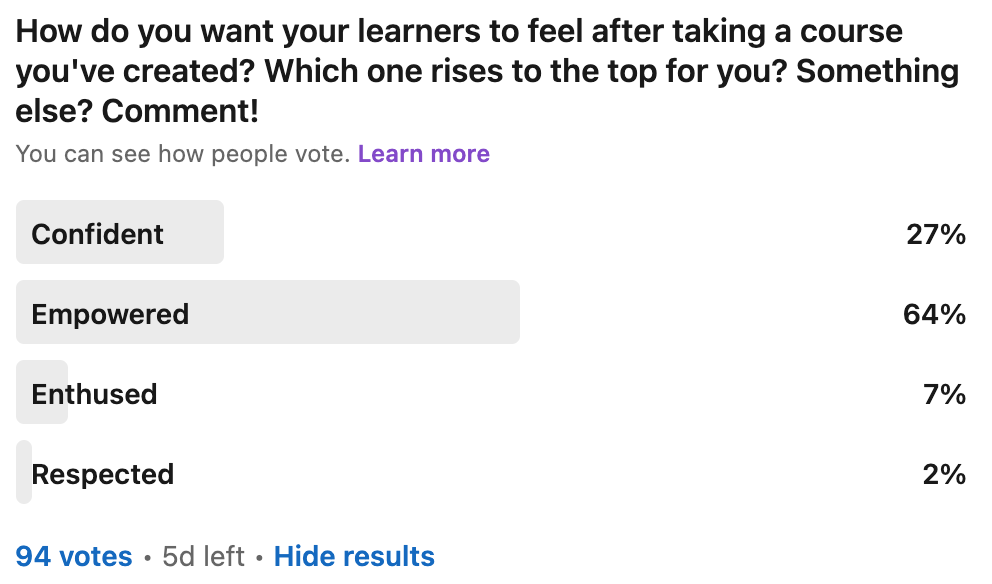 Confident and empowered overwhelmingly won the poll. Enthused barely garnered any votes. So, again, feelings evoked by an increase in knowledge and skills are ranked incredibly high. Feelings evoked by a shift in attitude? Hardly on the radar. But what about the 4th choice? Respected? This was not one of the words that was even suggested by the participants as one of their top two. Why did I include it?

What's respect got to do with it?

First, in the poll above, voters could only choose one option. If I had given the opportunity to check all that apply, probably all four would have been checked across the board. But narrowing it down to one choice helps us see what's most important to us. Feelings of confidence and empowerment are extremely positive. And we wouldn't want someone to take our course and feel enthused without also feeling confident in their knowledge and skills. Is it even important for us to move the needle on attitude? Yes. Not at the expense of knowledge and skills, but attitude (how important someone feels it is to change a behavior) has a profound impact on whether or not they do it. So, of these 4 choices, what would I pick?

I'd choose respect. Here's why. I want learners who take my training to say:
"Whomever designed this training really gets me."
"Wow, they let me observe and critically think!"
"I had opportunities to solve problems and the feedback was so helpful!"
"How did they know I was struggling with...?"
"I want to take action on this training!"
"They respect me."
I want them to feel respected as having both cognitive and emotional abilities.

If someone felt confident and empowered because of training they engaged with, they might say some of these things, but I wouldn't say it's guaranteed. Increasing knowledge and skills primarily addresses someone's cognitive ability. It doesn't expressly try to "get" the learner as an individual. It's not so concerned about shifting someone's attitude toward the training.
Is it wishful thinking to hope that learners might say these things about a training experience? I'm happy to say that not only is it possible, but it has been, and is being, done! I asked attendees of the Core4 session to write down what they are currently doing to make their learners feel this way and move their training toward a more humanized experience. 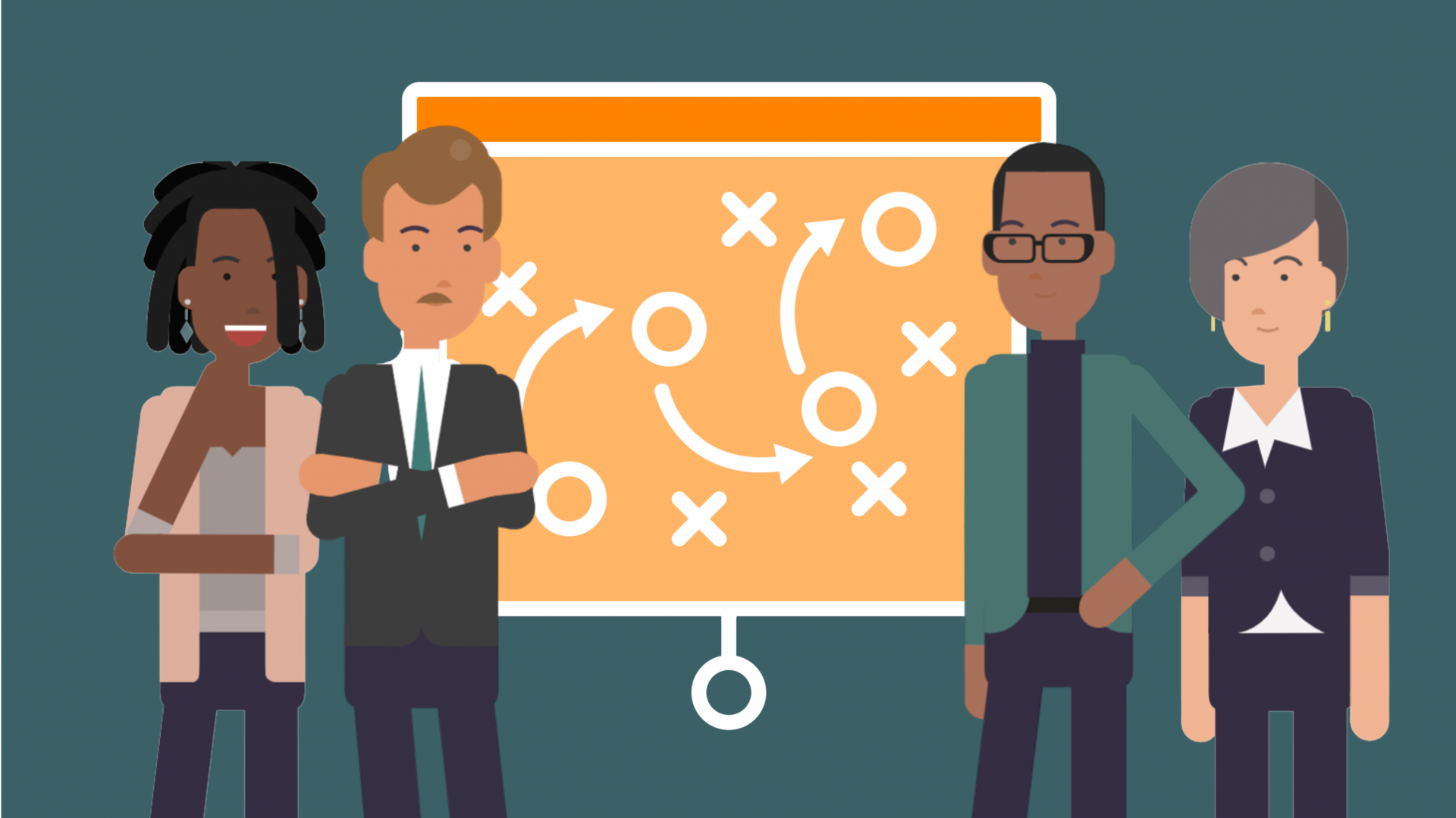 Read what these talent development professionals are doing, plus, I've also shared the process that we use here at the School of Story Design whenever we delivered live, virtual or self-paced solutions. I'm happy to say that the responses we receive from learners reflect the comments above.

What does it take?

In short, it takes respect to elicit these responses. At the School of Story Design, we spend time getting to know the learning audience (more than just their demographics and knowledge level). We want to know:
Who are these people...as individuals who make up this learning audience?
Remember the word cloud at the top of this blog and the intense focus on individuality and emotion? We know what humanized learning can be instinctually, but if we aren't intentionally asking the kinds of questions that will reveal who our learners are (cognitively and emotionally) on the front end, we'll lapse into old habits of churning out courses without thinking too much of who we are delivering it to...or how they may feel about it...yielding lopsided results that increase knowledge and skills, but do very little to shift attitudes.
And when it comes to people actually changing their behavior, attitude wins.

You are in the right place! Register for the Instructional Story Design course and practice the method of instruction that makes learners feel respected!

We are an online educational platform that helps leaders, entrepreneurs and talent development professionals build their Story Design skills.